By: angcan37
In: Coffee Grounds
With: 0 Comments

Fierce People starring Diane Lane and Donald Sutherland and Twilight’s Kristen Stewart is a comedy that manages to touch all bases.This unique comedy about a young boy, coming of age, and his mother spending summer vacation with uppercrust New York socialites will satisfy both Comedy, Mystery and Human Interest story fans. The young boy and his mother in 1980 find themselves thrust into a world apart from their own. Donald Sutherland is likable as the family patriarch while Diane Lane and newcomer Anton Yelchin are believable as their characters. Funny and riveting, Fierce People masters what other movies have not, the blending of genres and entertaining while tipping the scales of thought provoking topics. 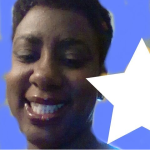