LasVegas.Net Joins Forces with Mr.BlackTie and The Socialite DJ of The Caffeine Radio! (OLD POST)

“This is a big opportunity for The Caffeine Radio and well for ourselves.” say’s Mr. Black Tie while drinking his coffee. “It’s not like we don’t have a following.”

The Socialite DJ will not just be bringing her show Social Status to www.LasVegas.net , she will be leading their front of Social Media with her Socializing mastering skills, while bringing some of the very most talented bloggers in the field of fashion and music ! ”I know few good blogger’s out there doing what they do best and looking to broaden their following as well.” -The Socialite DJ

What better way to do that by writing for one of the top known Websites in Sin City? Which isn’t a bad way to get your creativity out and about to the massive Vegas tourists and locals! “With the thousands that are constantly going to www.LasVegas.Net our job is to keep up the content and keep the creativity flowing on Las Vegas.Net ”-Mr. Black Tie.

Mr. Black Tie will be creating originals shows and programs dedicated for the Sin City locals as well for those coming to Las Vegas!

“There should be more than having full focus on Casinos! Which isn’t a issue; But for locals it gets pretty over rated! Locals are not just seeing the casinos everyday a majority of locals are part of the casino’s staff!” -Mr. Black Tie. Mr. Black Tie has already created a show that is catching a lot of positive energy around Vegas! The Caffeine Radio TV is already on its second issue and people are talking about it!

Mr. Black Tie is going to be producing several more show which will be catering to the people of Vegas! Such as the arts, music, as well as the communities that help those in need! There is a lot that Vegas has to offer that isn’t on the Vegas Strip! Which Mr. Black Tie is going to show case with his programs; He will also be bringing in some very skillful writers and producers from the Vegas film industry. ”There are some very talented creators out there just waiting for their chance to show case their work and creativity!! ” -Mr. Black Tie

There is so much going on 24 hours in sin city , its going to take a full crew of creative writer’s and producers to pull this off. Both The Socialite DJ and Mr. Black Tie are moving forward with ideas and content and of course creativity. Now for us Caffeine nuts, this isn’t a bad thing at all! The Caffeine Radio hasn’t been abandoned, they are just spreading their wings! Both of em’ are trying new venues to help other’s as well themselves. Which is great for The Caffeine Radio personalities who are just starting out on the air waves! And for those who support www.LasVegas.Net we are going to  continuously entertain throughout the day and night. From new articles and interviews to a TV show or even a short film. Your not just going to know what is going to be coming up on the site !

So that’s going to be most exciting thing for those who will be tuning in! Mr. Black Tie and The Socialite DJ are going to be so busy. Anyone would be surprise if these two every will be a get a chance to spend anytime together . Due to the fact they are engage ( Which is a whole new chapter and story !) both are driven to give the world knowledge and creativity

”We both love DJing and talk radio, and we are excited to be given a chance to run a sites content and entertainment for www.LasVegas.Net. Being responsible for their content and social media is a big responsibility. We take it very seriously “-The Socialite DJ. Due to them having the opportunities to have DJ’d at some the very most unique spot and locations throughout Sin City. They are well equipped to know the know and where’s and what’s going on in Las Vegas! So they are always in tune with the entertainment life style !

Vegas Has so much to offer and both Mr. Black Tie and The Socialite DJ plan to show case just that with the support of www.LasVegas.Net. “Marty and Mike are great guys, and the rest of the Las Vegas.Net staff are all so nice. They aren’t becoming one of the top companies of internet providers in sin city for nothing!; and we truly appreciate the opportunity they are allowing us to do what we love to do! ”-The Socialite DJ “If you know someone who has the skill or talent to produce or write or gab, Hit us up we love to give you a chance ! you can contact either one of us on here on caffeine radio ! or www.TheSocialteDj.com  or www.MrBlackTie.com 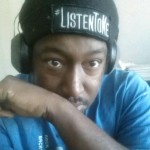